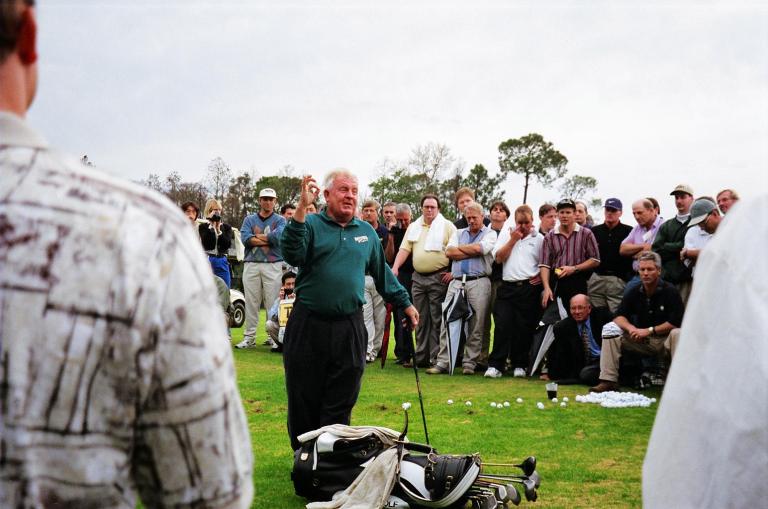 Moe’s shirt was partially untucked in the back and face was bright red. His clubs were scattered about the ground as sweat dripped from his brow. He had just finished one of his mesmerizing ball-striking exhibitions. Three of his first four shots hit the target. He fired shots from divots with a three wood, and some of his driver shots were bouncing off of the metal pole 250 yards away.

I approached him to ask him a question.

“Moe, you’re the best in the word. I’ve never seen anyone hit the ball like that”.

“How did you learn to do that?”

MOE: “It’s hard work, you can’t buy it. You must believe in yourself and use your imagination” 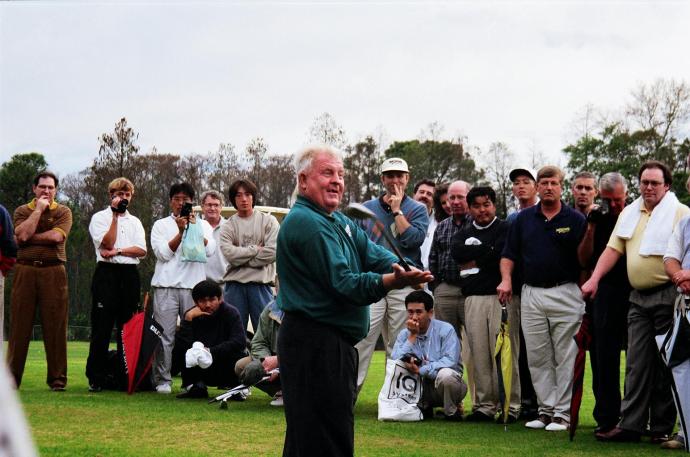 Of course, you can’t buy it; you must practice. Believe me? Use my imagination? What does this mean?  It’s not what most people think.

When I saw Moe for the first time, I wanted to learn his golf swing. My goals were to swing like Moe. So, I took his advice. Hitting thousands of balls each day, I worked at it. Eventually, I learned his swing. As Moe said, it took time and hard work. When I look back on those days today, I realize that there was a transformational shift that allowed me to grasp Moe’s swing fully. It came at the moment that I “Imagined” myself having Moe’s golf swing.

You can never learn Moe’s swing if you try it. Why? Because you are waiting for a future event to occur. In other words, when you try Moe’s swing, if you get an instant result you say “this works!”. If you don’t you say “This doesn’t work.” Besides the fact that you don’t know if you were swinging like Moe – correctly, is that you measure yourself based on current ball-flight results.

The only real way to try Moe’s swing is to swing precisely like Moe. Therefore, unless you learn it, you can’t try it.

Real imagination is looking and feeling like Moe where you imagine yourself standing in his shoes, holding the club and swinging, seeing and feeling his images. Imagination places you in Moe’s reality.

I have never seen anyone try anything and achieve long-term success. Successful people make decisions and commitments. They don’t need parachutes. They work through the process and make adjustments until they have success.

Right imagination requires a clear picture of the goal and a commitment to the accomplishment. My suggestion is that you commit to Moe’s swing, imagine yourself swinging like him and then get to work to match the model.