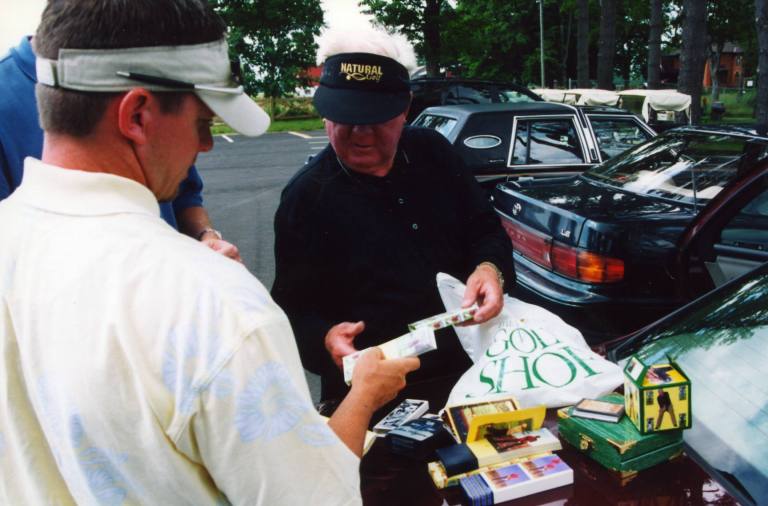 Was Moe a teacher?

I should know.  I am consider myself a teacher.  I develop curriculums, agendas and training regimens designed to move students from incompetence to competence.  In his respect, I wouldn’t necessarily consider Moe teacher. I couldn’t imagine Moe spending his nights thinking about how to teach students his backswing.

But just because Moe wasn’t interested in helping the masses play better golf –  in the time I spent playing and hitting ball with him, in his unique, Moe Norman way, he was actually a great communicator of his knowhow.  Let me give you an example.

It didn’t take too many perfectly straight rockets off of Moe’s clubface to realize that he was doing something special. If you asked Moe to explain his swing technically,  you might be disappointed, however, if you listened to the way he answered you would find him a genius.

On one occasion, noticing his leg position at address while hitting balls on the range at Orange County National in Orlando I became curious. And as I often did on many occasions I questioned him – searching for mechanical answers.

“Why are your legs so straight”, I asked.

Moe responded with a question: “What is straighter than straight?” 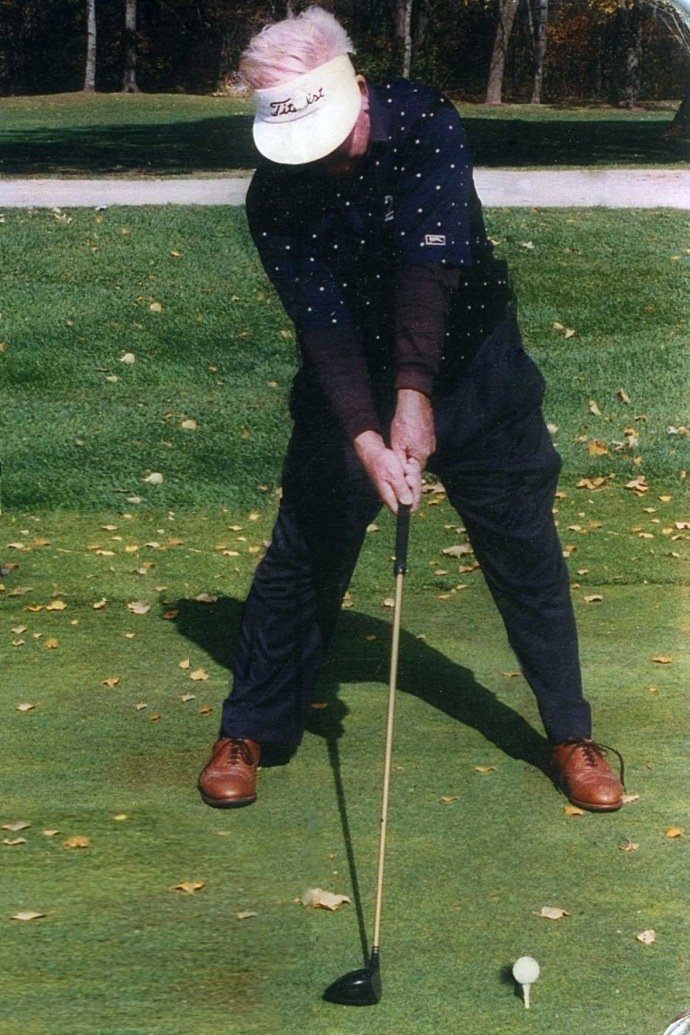 How could I answer that?

I started searching my mind for clues.

“I guess nothing could be straighter than straight.  Why would he answer this way?  If his legs weren’t straight what would happen?   If his legs weren’t straight he would have a variable to deal with. That would mean his legs would be bent.  If they were bent then you would have to figure out how much and that is why his legs are straight because if they are straight, he doesn’t ever have a variable. Straight is the only option. Holy shit, thats the answer.”

What Moe didn’t know, or at least bio-mechanically,  is that when you keep the legs straight you pelvis bends and aligns where the upper body can also bend and align.  Straight legs places the body into a consistent bio-mechanical position where it can easily and ideally turn without shifting.