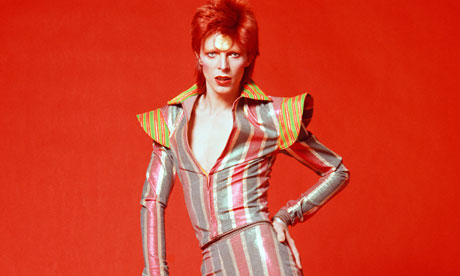 “They put you down, they say I’m wrong,

You tacky thing, you put them on.”

—From Rebel Rebel by David Bowie.

With apologies to Sesame Street fave One of These Things (Is Not Like the Others), this blog somehow manages to wrap together David Bowie and Moe Norman with a nod to Frank Sinatra. I almost deleted it twice, but decided to take my own advice for once: take a bleeping risk.

The Thin White Duke was a handsome artist, the epitome of rock royalty and British elegance, while Pipeline Moe was a portly Canadian golfer whose shirts often had mustard stains and needed washing.

But David Bowie and Moe Norman are both inspirational characters who defied convention and the norms of the day to do things their own unique way; one became one of the world’s greatest musicians and the other the greatest ball-striker in history.

Most of us are concerned about what others will say about us, whether we will gain approval, measure up, or be accepted. Our self-worth bobs up and down based on the reaction we get, how we are welcomed or scorned, praised or criticized, what we achieve and or don’t achieve.

Allowing our self-worth to be determined by other folks is a tough way to live; it keeps us small, afraid to do follow our own ideas and forge our own distinct path.

In the early ‘70s, when perceptions of sexuality were still quite rigid and orthodox, Bowie bravely experimented with characters such as Ziggy Stardust who blurred gender roles. Parents and commentators said he was depraved. But Bowie created deeply personal and authentic music that spoke to young people, many of whom thought, ‘This guy gets me.’

Throughout his career, Bowie was always re-creating himself, taking risks with new characters and styles, some of which didn’t always work. But transformation is never easy; it’s messy, extraordinarily hard, and often elusive. But nothing is more fulfilling than self-realization on your own terms, whether through art, sport or any endeavour.

Like Bowie, Norman came from a working class background. His  family initially ridiculed him for playing the sissy game of golf and hobnobbing with the country club set in Kitchener, Ontario. (His  siblings became great fans, but sadly Moe was estranged from them.)

As a high-strung and anxious teenager, Norman felt a sense of sense of peace and mastery as he intuitively developed his unique swing.

Moe’s swing contradicted the tenets of instruction that professionals believed were so sacred that they referred to them as fundamentals. At address, Moe looked awkward, tipped over from the waist with his arms reaching straight out at the ball, his legs ramrod straight and wider than his shoulders. Even his grip looked amateurish.

His friends, other competitors and pros said he would never succeed with a swing that was such a departure from conventions that stressed “athleticism.” He didn’t care.

“It suited me and it felt good,” he told me when I was researching his biography, The Feeling of Greatness. “Everyone said it was wrong. All my friends would say, ‘You’ll never be any good doing what you’re doing.’ So I guess I was never any good.”

Moe turned out to be pretty good. Over his career, Moe won two Canadian Amateur Championships (1955 and 1956), played in two Masters, won 54 tournaments, set 33 course records, made 17 hole-in-ones, and shot 59 four times. (Norman lasted only two winless seasons on the PGA Tour; he didn’t feel welcome or that he fit in.)

By ignoring what others thought of him, Moe made the most of his own gifts and talents, and developed a swing that made sense to him and that he completely believed in. Moreover, it proved Moe with a feeling of effortless power, grace and even contentment in a world where he often felt threatened and ridiculed.

“I was never concerned with the look or beauty of the swing, just the action of the swing,” he said. “It was the proper swing for me. Maybe not for all golfers, but I did it my way. That’s my favourite song.”

We all seek approval and like to be recognized—it’s a human need—but seeking it at the expense of our own core beliefs or values is a hollow way to live.

When you’re feeling torn between sticking to your guns and giving in, you might consider that Moe Norman and David Bowie lived their lives their way.