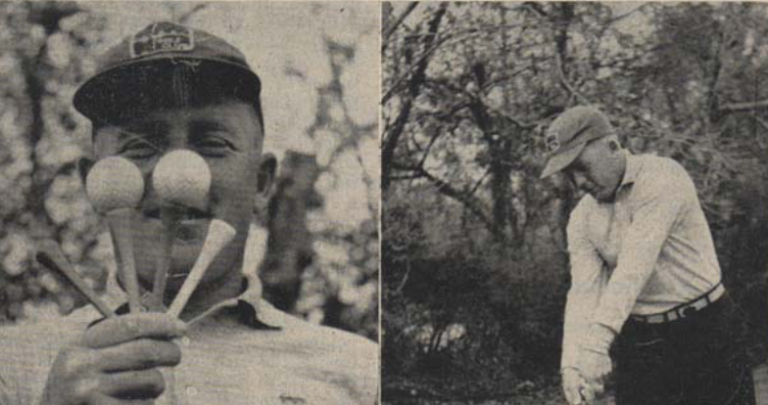 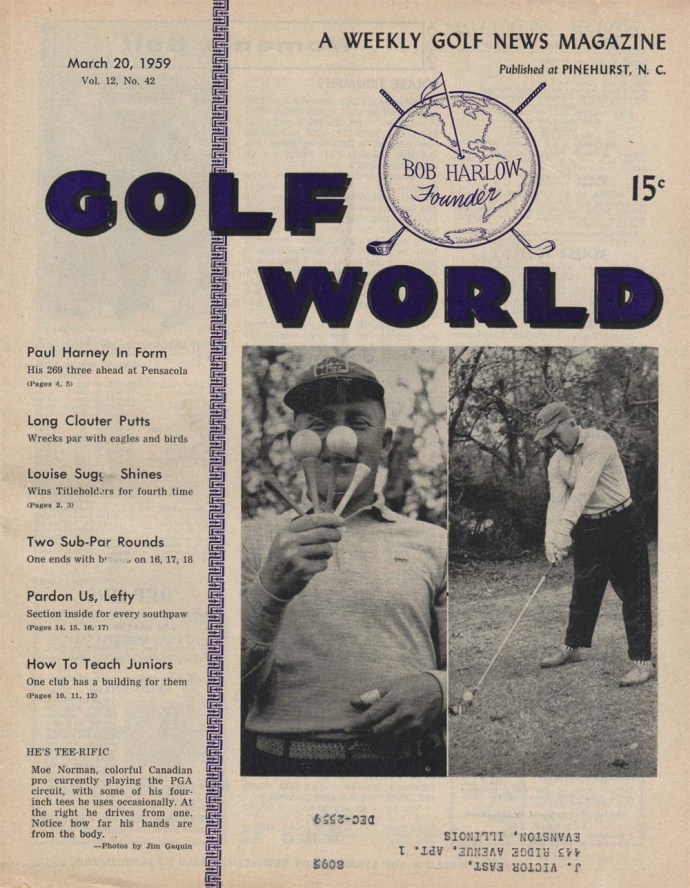 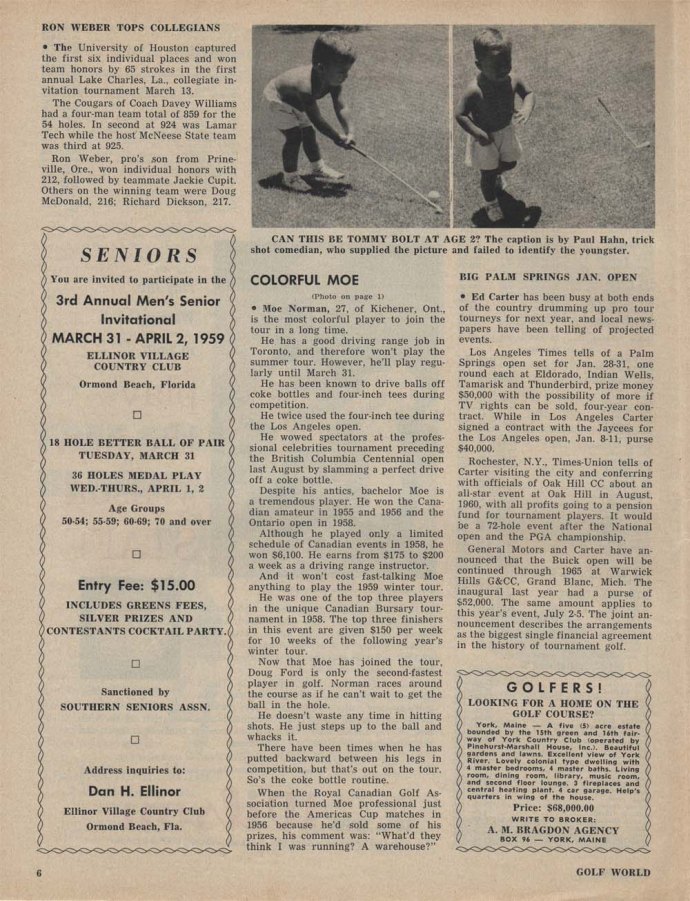 Moe Norman, colorful Canadian pro currently playing the PGA circuit, with some of his four-inch tees he uses occasionally. At the right he drives from one. Notice how far his hands are from the body.

Moe Norman, 27, of Kitchener, Ont., is the most colorful player to join the tour in a long time.

He has a good driving range job in Toronto and therefore won’t play the summer tour. However, he’ll play regularly until March 31.

He has been known to drive balls off coke bottles and four-inch tees during competition.

He twice used the four-inch tee during the Los Angeles open.

He wowed spectators at the professional celebrities tournament preceding the British Columbia Centennial open last August by slamming a perfect drive off a coke bottle.

Despite his antics, bachelor Moe is a tremendous player. He won the Canadian amateur in 1955 and 1956 and the Ontario open in 1958.

And it won’t cost fast-talking Moe anything to play the 1959 winter tour.

He was one of the top three players in teh uniqe Canadian Bursary tournament in 1958. The top three finishers in teh event are given $150 per week for 10 weeks of the following year’s winter tour.

Now that Moe has joined the tour, Doug Ford is only teh second-fastest player in golf. Norman races around the course as if he can’t wait to get the ball in the hole.

He doesn’t waste any time in hitting shots. He just steps up to the ball and whacks it.

There have been times when he has putted backward, between his legs in competition, but that’s out on the tour. So’s the coke bottle routine.

When the Royal Canadian Golf Association turned Moe professional just before the Americas Cup matches in 1956 because he’d sold some of his prizes, his comment was “What’d they think I was running? A warehouse?”