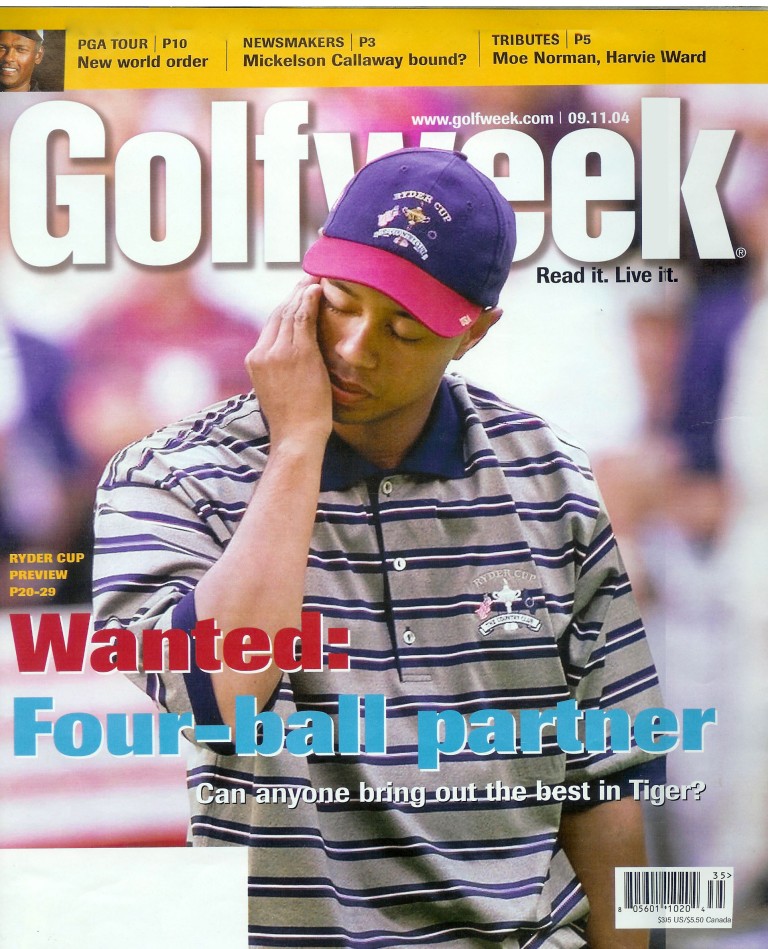 Moe Norman was golf’s mystery man; he was a puzzle to most everyone and the world was a confusing place for him.

At the 1971 Quebec Open, he led by a stroke as he approached the final green. An official told him he was the only player to reach it in two. “I can’t believe the fans didn’t clap,” he told his partner. He became so flustered, he four-putted and lost by a stroke.

The next day, at a Canadian Open practice round, reporters on the 10th tee razzed Norman, “Any four putts today?” He hit his tee shot on the 223-yard, par 3, watched it for a few seconds, turned and said, “I’m not putting today.” The ball then rolled into the cup.

Norman, the eccentric Canadian legend, was known as much for his quirky personality as he was for being one of the greatest balls-strikers in the history of the game.

Murray Irwin Norman died September 4 of heart failure in his hometown of Kitchener, Ontario. He was 75, and had suffered heart problems for seven years.

Although largely unknown outside Canada, golf’s cognoscenti regarded Norman as an equal with Ben Hogan, Lee Trevino and George Kunodson — and Norman knew it.

Trevino once said: “I don’t know any player who could strike a golf ball like he can, as far as hitting it solid, knowing where it’s going, knowing the mechanics of the game and knowing what he wanted to do with the golf ball.”

But his eccentricities often overshadowed his skill. He was the odd duck who spoke rapidly and repeated himself, the amateur who sold his prizes and hid from trophy presentations because of excruciating shyness, the ragamuffin who hit balls off 8-inch tees and Coke bottles on the PGA Tour.

Calling himself, “the 747 of golf,” he regarded himself as the world’s fastest player. He fought constantly with golf’s governors. His clothes often were mismatched and stained. His teeth were snaggled. He suffered a head injury as a youngster, which likely accounted for his odd behavior, and lived on the edge of poverty most of his career.

Like the man, his swing defied convention, Trevino considered him a genius. He held the grip in the palm of his right hand, spread his legs wide and stretched his arms out straight. His one-plane swing was a model of efficiency and precision. At clinics, you could put a blanket over balls hit with one club.

There are hundreds of stories about one of golf’s most complex characters — but they overshadow a tremendous record of 54 amateur and professional victories, including Canadian Amateur championships in 1955 and ’56. He set 33 course records that included three 59s. He made 17 aces. he played in two Masters.

He played the PGA Tour in 1959 and ’60 with his best finish in a fourth in the Greater New Orleans Open. He was supremely (cutoff)